Ode to Lil' Kim in Florence
By Barbara Hamby

We're in a taxi on the way to see Andrea del Sarto's last supper,
which was in the country when it was painted
but is now in the suburbs beyond the old city wall in an ex-convent,
and our driver turns the radio to an English station
playing an American song, yes, Lil' Kim's "How Many Licks,"
and Miss Kim, you are not singing about throwing punches,
but for a while I don't notice because my husband
is talking about where we will eat dinner, but like a bullet
the lyrics penetrate the armor of the city, the fresco, the tagliata
and punterelle I'll eat later, and I'm crossing my legs twice,
once at the knees and then at the ankles, but what do I know,
because my dad never threw me out of the house,
and I've never lived on the streets, and your life, Kim, is like an opera,
Lucia di Lammermoor maybe, but you're not taking Enrico's shit,
and when Edgardo breaks into your phony wedding you grab him
and run off to Paris but not before you sing the mad scene,
because what's Lucia without it, all the blood and tattoos, and you
could never sing Mimi, because she's such a simp. No, Musetta's
your gal, so Lil' Kim put on your Queen-of-the-Night gown,
the corset and headpiece with shooting stars, or your Lulu rags,
Jack the Ripper leading her to his knife, or your Lil' Kim hot pants,
but remember, Kim, we girls need some secrets while we fix
our lipstick, straighten our push-up bras and little black dresses,
because we're riding the lonely streets in taxis, limos,
buses and sports cars, hair a little messy, dying for the night to open up
dark and mysterious like a song only time can sing.

I spent a lot of time on Tuesday getting very little done cleaning up Daniel's room for Maddy -- apart from the posters being off the walls and the floor being less cluttered with stuff younger son brought home from college, you can barely tell anything changed at all. Plus I watched the Voyager episode I need to review this week ("Rise" -- actually pretty good) and saw two bunnies when able to take a walk after the rain stopped.

Now that TV season is over, we watched Remember, the Christopher Plummer/Martin Landau Holocaust-survivor-with-dementia movie, which I thought would be depressing. It was not, at least not until afterward in retrospect; it was gripping, enraging, wonderfully acted, and truly shocking at the end. These photos are from Glen Burnie House's formal gardens, including a rose garden, statue garden, parterre garden, and vegetable garden: 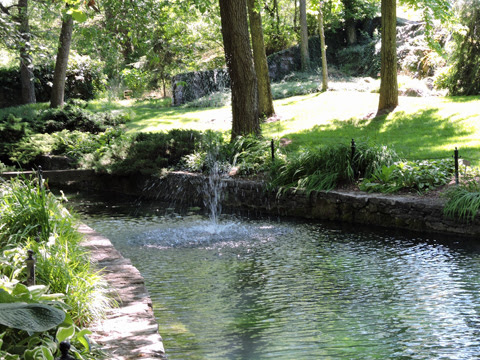 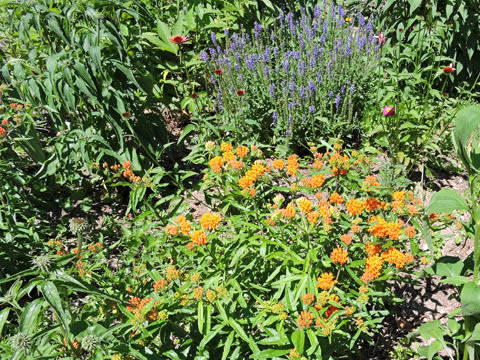 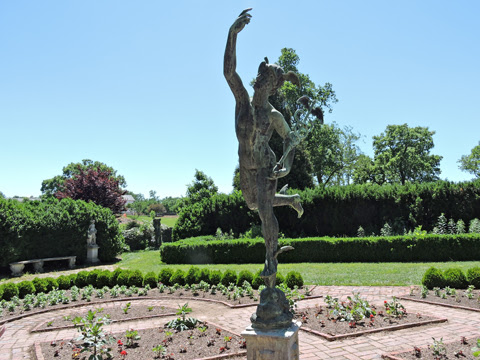 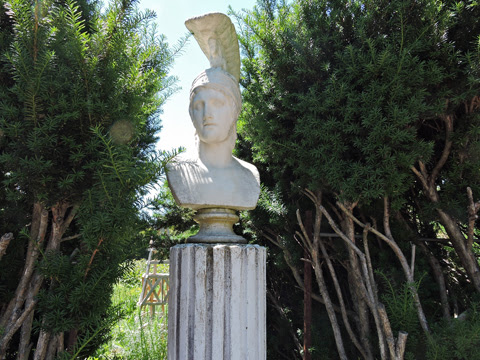 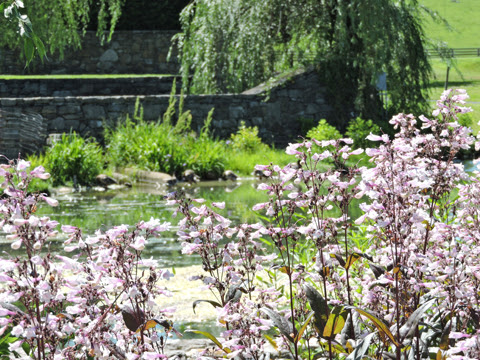 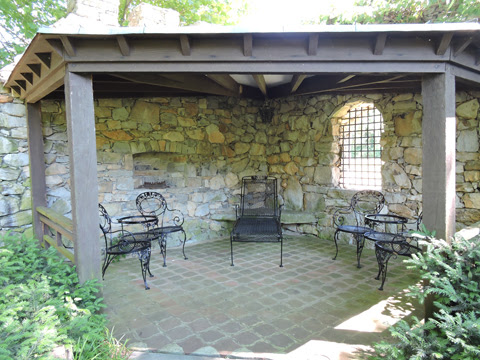 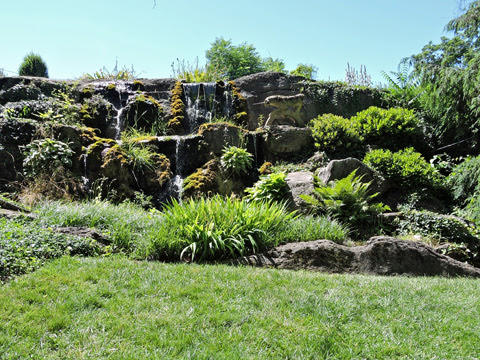