Of Love
By Mary Oliver

I have been in love more times than one,
thank the Lord. Sometimes it was lasting
whether active or not. Sometimes
it was all but ephemeral, maybe only
an afternoon, but not less real for that.
They stay in my mind, these beautiful people,
or anyway beautiful people to me, of which
there are so many. You, and you, and you,
whom I had the fortune to meet, or maybe
missed. Love, love, love, it was the
core of my life, from which, of course, comes
the word for the heart. And, oh, have I mentioned
that some of them were men and some were women
and some — now carry my revelation with you —
were trees. Or places. Or music flying above
the names of their makers. Or clouds, or the sun
which was the first, and the best, the most
loyal for certain, who looked so faithfully into
my eyes, every morning. So I imagine
such love of the world — its fervency, its shining, its
innocence and hunger to give of itself — I imagine
this is how it began.

We had gorgeous weather on Tuesday, which made it hard to concentrate on all the work I had to catch up, but made it really nice any time I went outside! In the afternoon, we went to Great Falls to take a walk and saw the first toad I've seen there in years, plus a great many great blue herons, turtles, geese with adolescent dinosaur goslings, ducks, vultures, songbirds, squirrels, and very high water after all of May's rain: 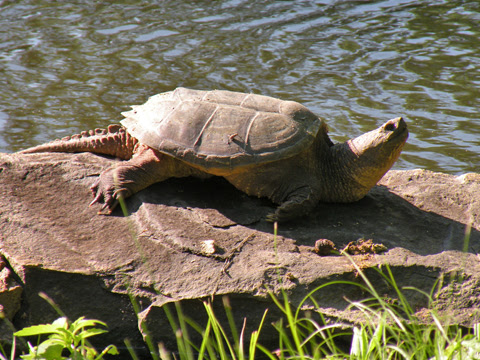 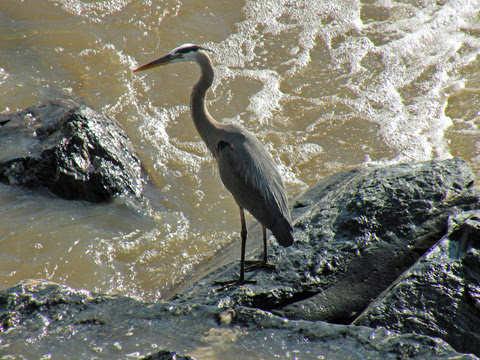 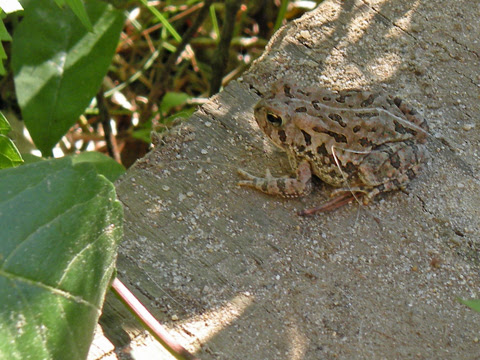 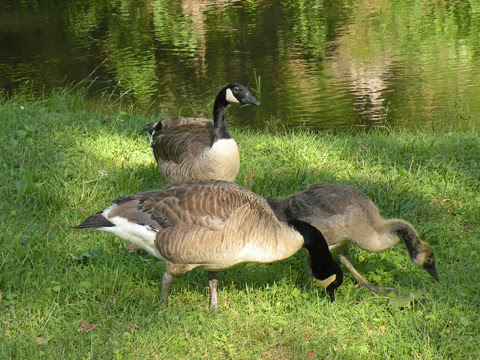 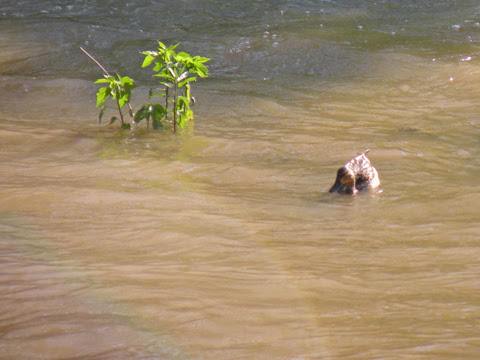 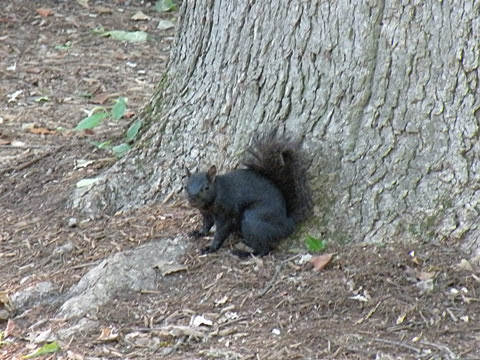 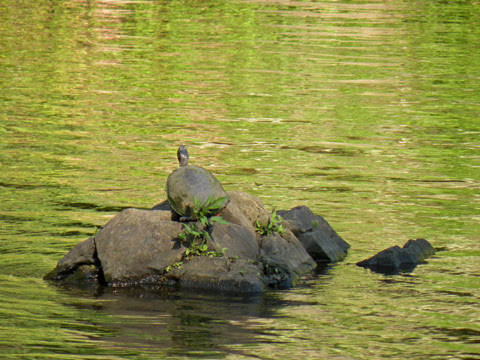 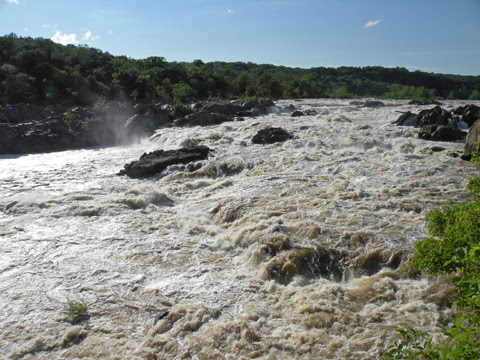 Otherwise, the most exciting thing that happened on Tuesday was during dinner when Effie stole one of my raviolis and had to be scooped up so we could try to get it away from her, with mixed success, though apparently alfredo sauce is not particularly dangerous to cats. We watched a couple of Bones episodes, including the this-should-not-be-so-hilarious corpse-on-a-plane and circus ones, then this week's awesome debt-relief John Oliver.

Posted by littlereview at 12:27 AM