O! never say that I was false of heart,
Though absence seemed my flame to qualify,
As easy might I from my self depart
As from my soul which in thy breast doth lie:
That is my home of love: if I have ranged,
Like him that travels, I return again;
Just to the time, not with the time exchanged,
So that myself bring water for my stain.
Never believe though in my nature reigned,
All frailties that besiege all kinds of blood,
That it could so preposterously be stained,
To leave for nothing all thy sum of good;
For nothing this wide universe I call,
Save thou, my rose, in it thou art my all.

I got to spend an awesome, very warm Sunday with Cheryl and Paul, who made lunch for us all before we went downtown (sans Maddy who wanted to sleep in), skirting Nationals traffic to go to the Folger Shakespeare Library for the last day of the America's Shakespeare exhibit, which includes Abigail Adams quoting the Bard in letters, artifacts from the lives of both Lincoln and his assassin, and clips from several movie and TV adaptations including the Hamlet performance on Gilligan's Island.

From there we went to the National Building Museum, which has a bunch of exhibits we wanted to see. The big one is Icebergs, which takes up the center atrium  with a "glacial sea" filled with big artificial ice sculptures, some of which light up and some of which can be walked through or slid down. We ate Japanese kakigori and visited the big foam playground, the new acquisitions and paper models, and Small Stories: At Home in a Dollhouse which has dollhouses from the V&A Museum illustrating how homes developed. 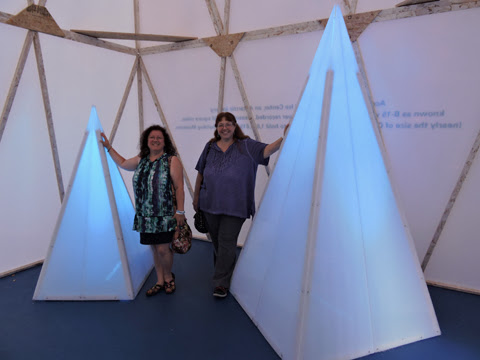 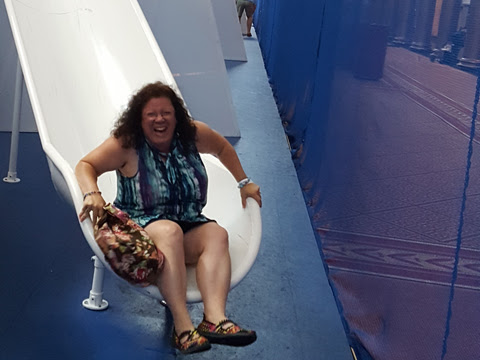 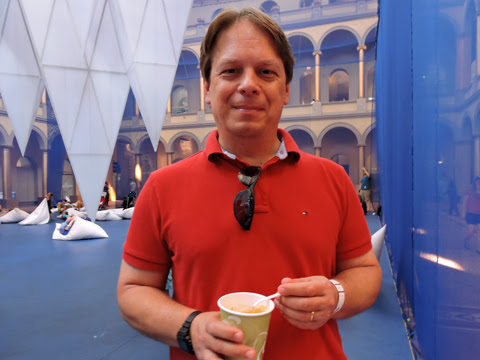 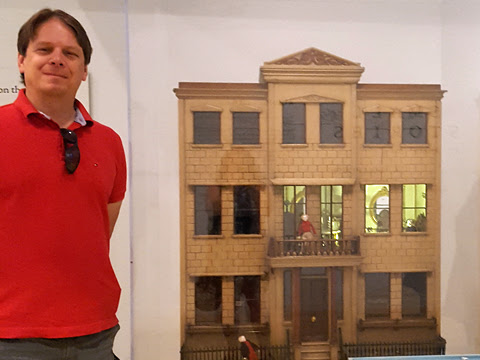 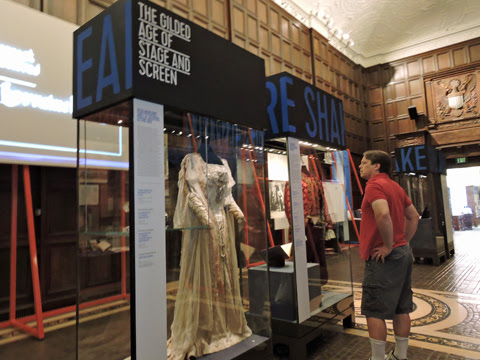 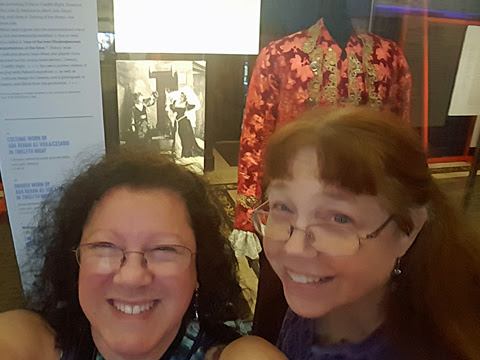 We came home late in the afternoon and watched Chasing Liberty, the somewhat dated, fairly silly Roman Holiday remake about Mandy Moore as the President's daughter and Matthew Goode as her love interest. The dialogue is ridiculous but the actors are all cute and the scenery is nice. We chatted with Maddy who was working on her schedule, had bean burritos for dinner, took a brief walk to see bunnies, since we'd already seen two while leaving in the morning, then Cheryl went home and Paul and I watched some Bones.