I’m not sure how the upholstery caught fire.
How the match left my hand to prick
the gasolined seats. How the inside of the car
made a hellish greenhouse in the frozen morning.
I know: to get to the radio, someone smashed the window.
To get in the trunk, they drove a truck into it.
Seeing my car only half destroyed, I thought about Roy,
how he mooned me on the playground at lunch.
His whole ass wiggling over my cheese sandwich.
I was spellbound. The same spell
turns snowflakes to dandruff on the shoulders
of statue generals on Monument Avenue.
It’s a spell of evenness. And it turned my money into my radio into
his radio into his money.

There was glass like baby teeth, if baby teeth were clear,
around my car that morning. Decay where the radio was
that had been there when the radio was. Already little icicles
held fast to my rearview mirror. Just another marquee for their beauty.
This had been done to my car, but nothing was done.
So somehow, a gas can tipped forward,
bowing before its performance. And I remember now.
I threw a match on it. Burning out from the inside
this uncomfortable injustice. A fire to make heat
for hands around a bat beating a windshield at 4am.
Heat for the pawnshop. Heat for our next car. Heat
to melt our fingerprints. Heat to make it even.

We currently don't have a kitchen floor and three of our four bathrooms have drying drywall and caulk, but this is good news, despite the total chaos that is our house, with everything that used to touch the kitchen floor including two bookcases and six chairs sitting around in other rooms -- and all four cats being irate and believing we did this just to distress them -- because those rooms, at least, will look much better when we're done. (Okay, probably nothing can save the downstairs bathroom because the entire sink needs to be replaced and there are litter boxes under it, but at least there won't be a hole in the ceiling.)

I had both lunch and dinner out. Maddy needed to open a local bank account, so while she was filling out all the papers, I got us both grilled cheese at The Corner Bakery (pro tip: get the kids' meals, they come with sodas, chips, and cookies for under $5). Then we all had dinner with Angela at California Pizza Kitchen and did a bit of shopping in the mall, where the wildest thing happened: Maddy ran into a friend from L.A. who'd been visiting relatives in Loudon County but were in Bethesda to see other relatives! This seems like really fortuitous alignment, just like Obama and Clinton campaigning together, which I loved seeing.

One day I will summarize my anti-Trump and shut-up-Sanders-fanatics Facebook posts in my blog, but I have to track them down first. We caught up on the series finale of Houdini and Doyle, which I loved and was sad to learn from various online sources is unlikely to be renewed based on both US and UK ratings (the latter is the real problem, since some other source would probably distribute it in the US if they filmed more episodes). Then we caught up on the week before last episode of John Oliver, the pre-Brexit "F%#& You European Union" one. Here are some photos of fishing herons we saw at Great Falls earlier in the summer, including one very successful one: 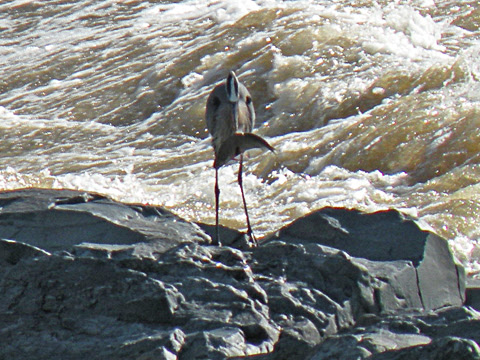 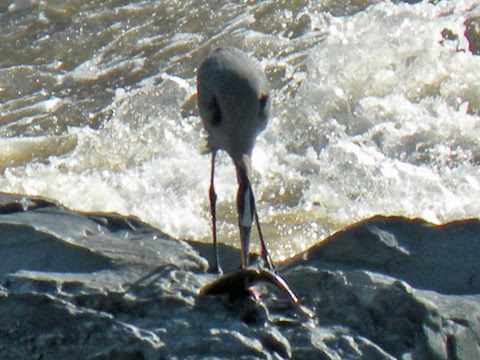 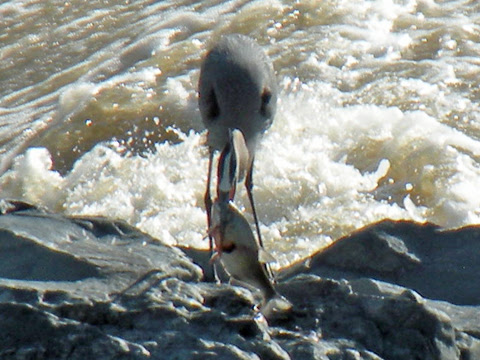 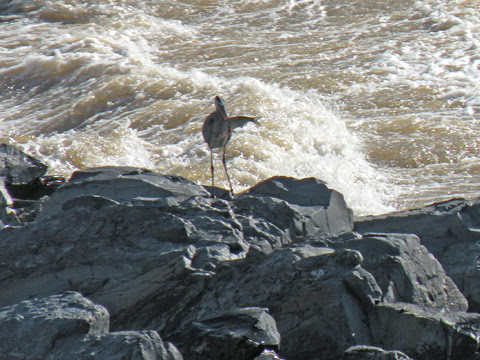 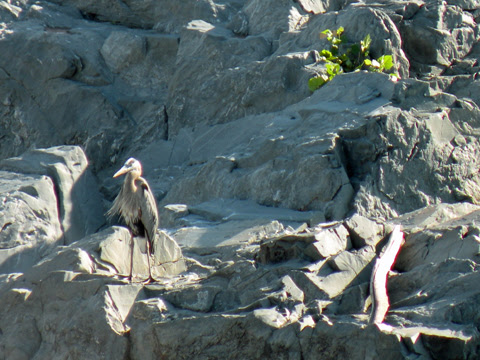 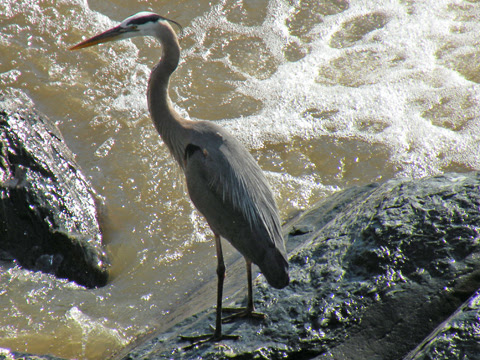 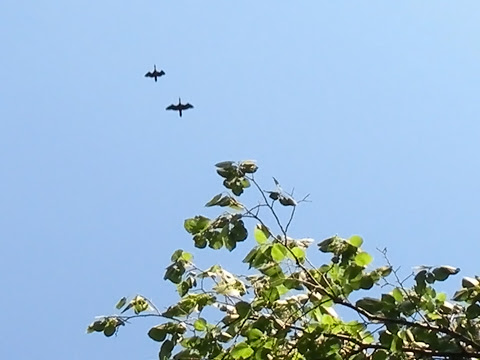