To E
By Sara Teasdale

The door was opened and I saw you there
And for the first time heard you speak my name.
Then like the sun your sweetness overcame
My shy and shadowy mood; I was aware
That joy was hidden in your happy hair,
And that for you love held no hint of shame;
My eyes caught light from yours, within whose flame
Humor and passion have an equal share.

How many times since then have I not seen
Your great eyes widen when you talk of love,
And darken slowly with a fair desire;
How many time since then your soul has been
Clear to my gaze as curving skies above,
Wearing like them a raiment made of fire.

Quickie as we spent most of the evening in Tysons Corner seeing Ingrid Michaelson at their Summerfest Concert Series on the Plaza (she was great, it was only an hour concert which I wished was longer) and having dinner with my friend Shalini. Christine told us about the concert, so we drove her and Maddy, who then met up with more of Adam's friends from college and went off with them afterward while we were at Pita Pouch in the mall food court. We got free selfie sticks from 94.7 too! 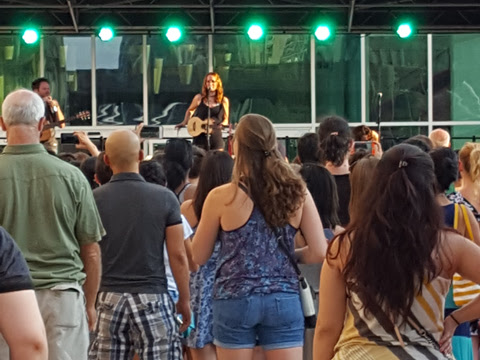 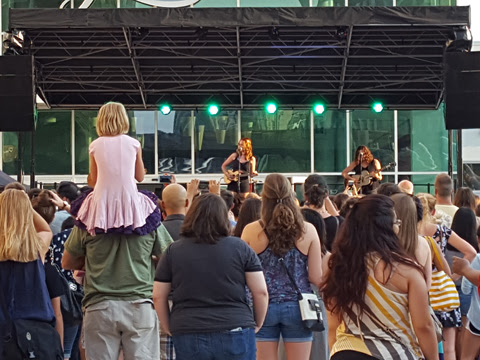 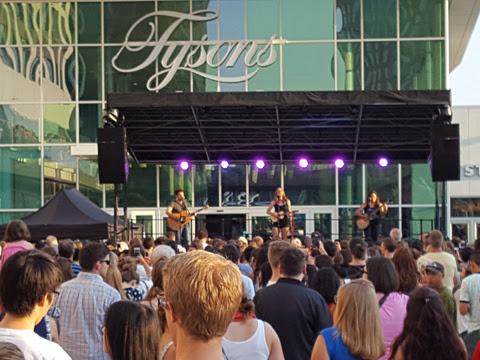 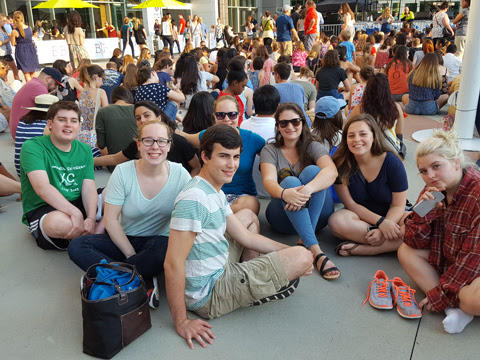 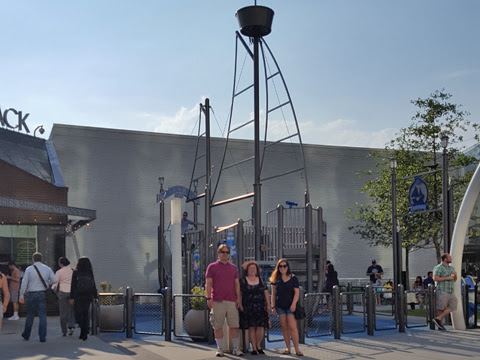 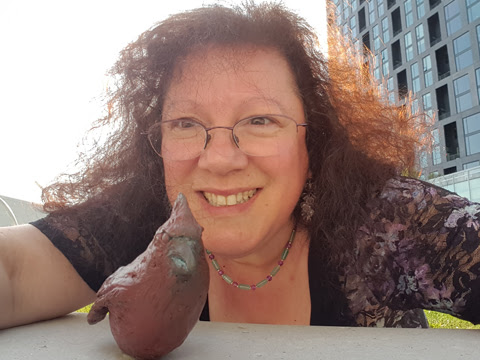 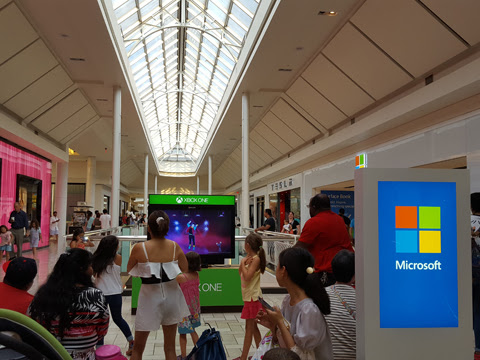 Tysons Corner has a dozen Pokespots that everyone put lures on, so I caught a Horsea and a Drowzee, plus I hatched a Onix, but I was happiest about finally finding a lowly Diglet. My only other accomplishment for the day was posting a review of Voyager's Worst Case Scenario, which remains just as much fun as it was when it first aired, even knowing that no one else on the crew wrote the fan fiction the storyline Tuvok's initial training exercise seems to demand.