A Touch
By Rose McLarney

We rinse the glasses
from which we will drink

affordable whiskey
with scotch or absinthe,

my love and I, the less than
a swallow left of good

we afford each other
cannot be excess or impure.

A dried-out, overused river
runs through, or rather,

idles in, our small city
where we never intended to settle.

Birds alight on odorous pools stranded
between mudflats, a baptism

in reverse—the body that enters
proclaiming the water clean.

They dip down plumed heads
to say this is enough.

The pigeons, so adaptable, delight
in dropped scraps. While we—

however many lovers late in life
—rub the rims of Sazeracs

with an orange’s remaining peel,
arousing a perfume.

Guess what, it's still really hot here! And I did a lot of walking, because I found out about Pokevision, so when there was a Jigglypuff (finally!) or a Goldeen around the corner, I could rush out and get it. But otherwise it was an uneventful day. I wrote most of a Voyager review, I took Maddy to feed and play with the cats she's watching and played with them while she did various chores.

And I watched the Democratic National Convention and enjoyed pretty much every moment, from the Broadway singalong to Biden's speech to Kaine's speech to that fantastic introduction for Obama to Obama's speech (and he is still the greatest speaker in half a century, possibly an entire century though I've only heard JFK and FDR in recordings so I probably can't judge fairly).

So I'd call it a pretty good day, except older son discovered that he has bedbugs in his building (is it safe to bring his luggage in the house when he visits next month?). Speaking of houses, here are some of the Dream House installations in the Small Stories: At Home in a Dollhouse exhibit at the National Building Museum, in which artists were invited to build miniature rooms: 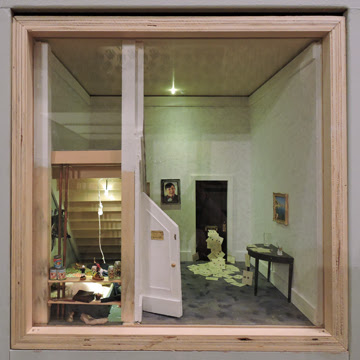 The Cupboard Under the Stairs by Louise Krasniewicz 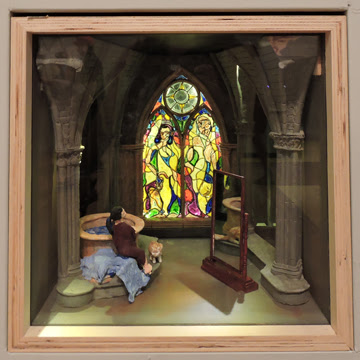 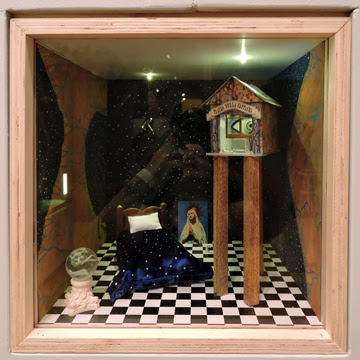 Reverie of the Stars by Mars Tokyo Designs 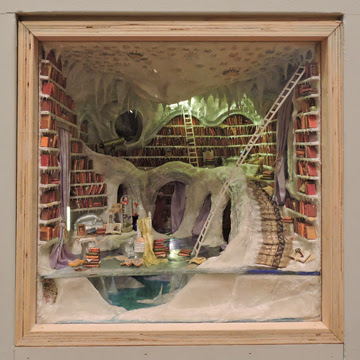 The Exile of Prospero by L. Delaney 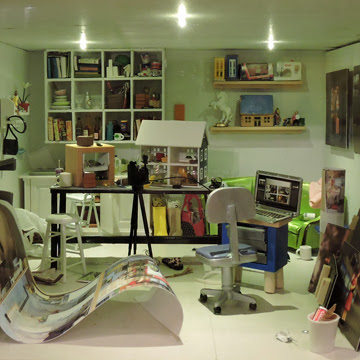 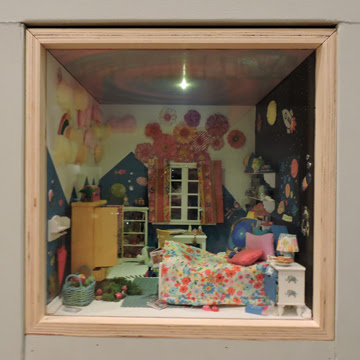 The Age of Magic by The Mouse Market 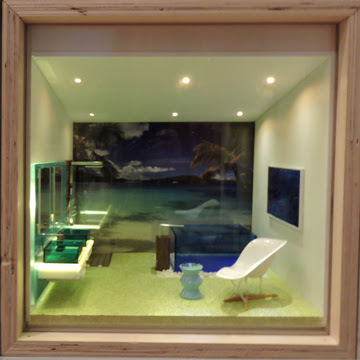 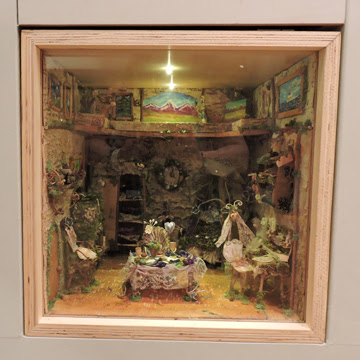 Mousem in a Box by Jill Orlov