Poem for Tuesday and Icebergs

Calm Is All Nature As A Resting Wheel
By William Wordsworth

Calm is all nature as a resting wheel.
The kine are couched upon the dewy grass;
The horse alone, seen dimly as I pass,
Is cropping audibly his later meal:
Dark is the ground; a slumber seems to steal
O'er vale, and mountain, and the starless sky.
Now, in this blank of things, a harmony,
Home-felt, and home-created, comes to heal
That grief for which the senses still supply
Fresh food; for only then, when memory
Is hushed, am I at rest. My Friends! restrain
Those busy cares that would allay my pain;
Oh! leave me to myself, nor let me feel
The officious touch that makes me droop again.

Quickie because it was 100 degrees today, I had to go out in it because I'd promised to take Maddy to Target (she wanted to stop at Sally's Beauty Supply nearby, so I got to stop in World Market and get tea before my July coupon expired), and I'm half-watching the post-Democratic convention coverage after watching Cory Booker, Michelle Obama, Elizabeth Warren, and Bernie Sanders (who I thought gave by far the least interesting speech of the night, but he did what was so urgently needed and gave his supporters specific reasons to vote for Clinton, not just to vote against Trump).

My neighbor and cat-sitter Rose visited early in the evening when the convention coverage started, so I probably missed some celebrities, which is probably just as well. Now I have to go unfollow a bunch of people blathering about how their privilege allows them to vote for Trump by proxy, supporting an anti-vaxxer who'd leave California children with no water or power in a rush to turn off nuclear power plants. Here are some more photos from the National Building Museum's Icebergs exhibit, including the kakigori stand, the view from the top of the slide, and the pillars: 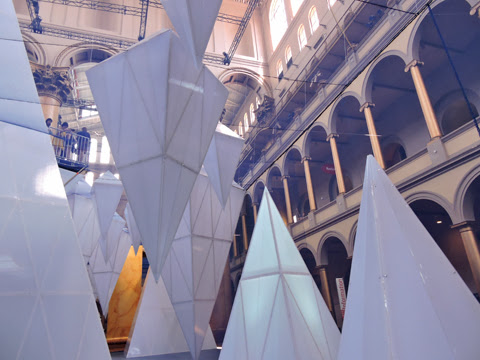 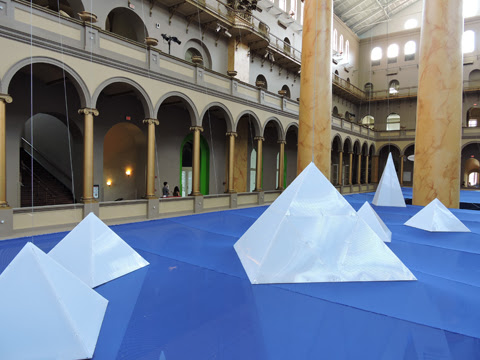 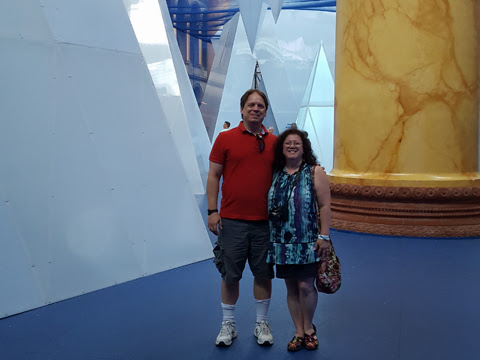 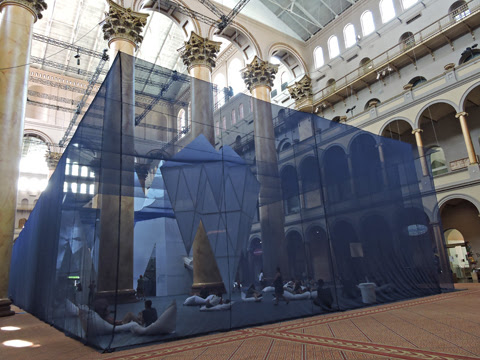 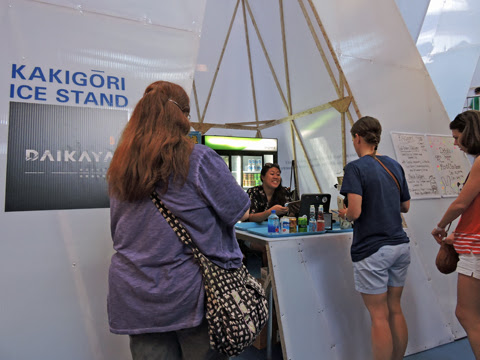 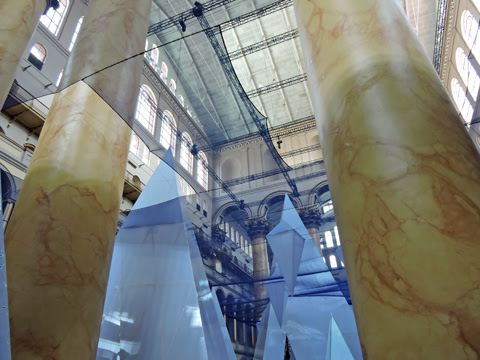 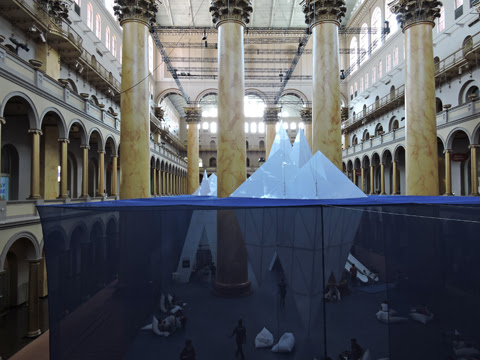 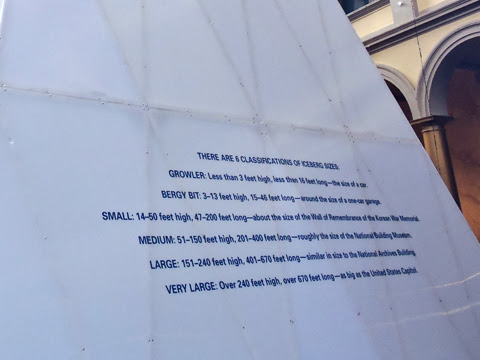