All the Thoughts at a Football Game
By Juan Felipe Herrera

There are baby thoughts
in the shape of seaweed & pirate knives
they float over strips of shores &
curl into a rainy parasol where
a laboring red papaya truck awaits
& there are the thoughts of Staff Sergeant
Melanie Lippman—she’s back
from Afghanistan & cheers as a
rhomboid ball burns
through the flags of space—
but she
notices distant jagged
zones on fire where the Company battles &
there are the thoughts of a father
Don Jose Emiliano in plaid
with water on his face—his only son
on the wet field
for the first time—he is a man now
how his fury tumbles &
finds a route
to launch & spin his body
toward a shifting goal—is that
my son he says.

Two things went on during my Tuesday that made me happy, both of which got me vocally judged by certain people, which is irritating me. The first, and by far the more important, was that Bernie Sanders endorsed Hillary Clinton for president, thus guaranteeing that we won't have a Ralph Nader situation in 2016, and if you're one of the privileged brats who can afford to think Clinton=Trump and therefore you might as well vote for him or not vote, and/or if you're calling Sanders names that I won't repeat here to go with the barely veiled misogyny targeted at Clinton, you can f^$% right off. (Don't talk to me about Jill Stein; it is your right to throw your vote away, but I had to listen to pompous people run their mouths for eight years about how terrible George Bush was when they helped get him elected by pushing for Nader, and I'm not putting up with that again.)

The second thing was that I enjoyed finding Pokespots at my local pool, high school, and in the mall (3), for which I was snarked at by people who are infinitely more mature than me because apparently being rabid sports or Star Trek fans, for instance, is much more sophisticated. I have been aware of Pokemon for 20 years, ever since my older son's first neighborhood friend, the son of a Japanese diplomat named Hajime, had some Pokemon toys in his house back before anyone in the U.S. was talking about it. Later, we all watched the TV show, I saw several of the movies in the theater, and young people in my house played many iterations of the game on various consoles and handheld devices. So this has been a part of my life for longer than you've been rooting for the Washington Nationals or watching Bones, and if you find that annoying, you can f^$% right off too.

In most other ways, I had a good day. I took Maddy to CVS, then to Home Depot with me to pick up a kitchen light I'd paid for online, then we went to the mall for froyo and the aforementioned Pokespots. Eventually we came home for dinner, then Paul and I watched the baseball All Star Game, and now Maddy and I are watching Nicholas Hoult bragging to Stephen Colbert about how he caught a Spearow while in his car. (Maddy thinks he's adorable; he's much too young for me, but I do appreciate him as an actor.) Photos below involve Pokemon Go, including Koffing and Rattata interacting with family members, so if that will deeply offend your sensibilities, don't look below. I have had the magnet in the last photo for a decade and a half! 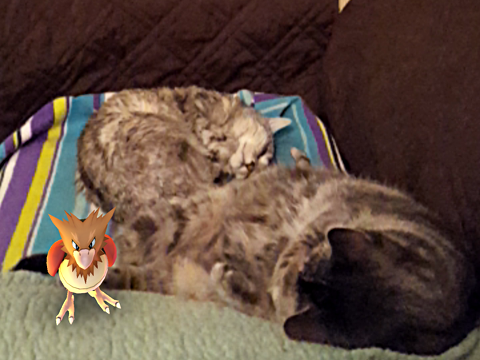 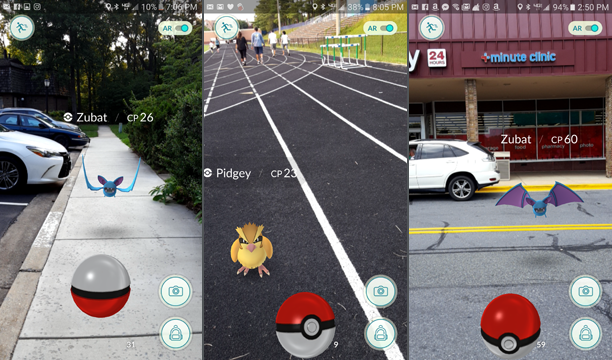 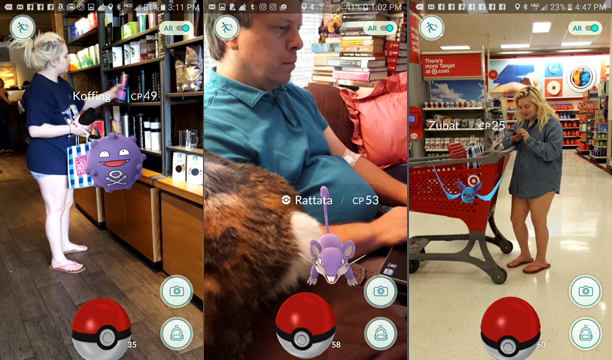 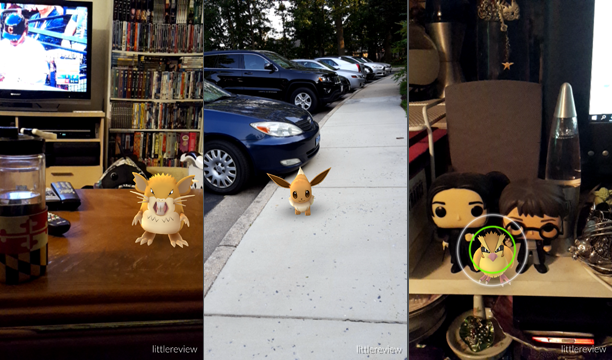 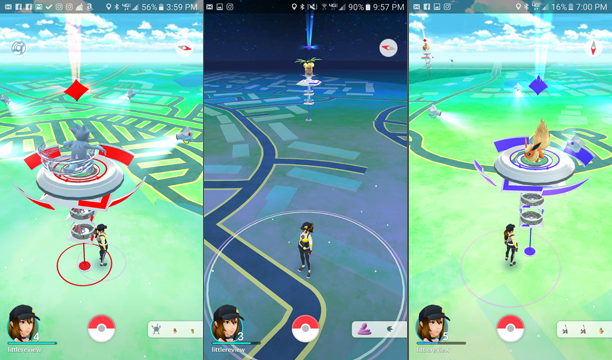 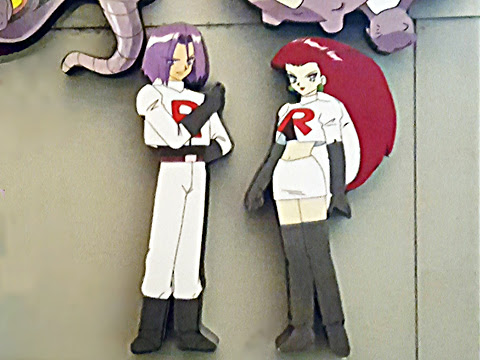