Poem for Saturday, Christmas, Doctor Who

In the Bleak Midwinter
By Christina Rossetti

Our God, Heaven cannot hold Him
Nor earth sustain;
Heaven and earth shall flee away
When He comes to reign:
In the bleak mid-winter
A stable-place sufficed
The Lord God Almighty,
Jesus Christ.

Angels and archangels
May have gathered there,
Cherubim and seraphim
Thronged the air -
But only His mother
In her maiden bliss
Worshipped the Beloved
With a kiss.

What can I give Him,
Poor as I am?
If I were a shepherd
I would bring a lamb;
If I were a wise man
I would do my part;
Yet what I can, I give Him -
Give my heart.

Merry ridiculously warm Christmas! I hope everyone who was celebrating had a nice relaxing day like I did. Since my mother-in-law was in the hospital recently, we had a very low-key celebration. We drove up to Hanover late in the morning, passing through heavy fog in several places. Paul's parents took us to Lu Hibachi Buffet, where we went for dinner a couple of Christmas Eves back, then we went back to their house, Skyped with Daniel, and ate some holiday chocolate.

We made it home in time for the Doctor Who Christmas episode, the first half of which I really enjoyed (River Song is so much more fun when Alex Kingston is acting with someone who's her equal) but then Moffat pretty much destroyed any goodwill I had left after Clara's departure and I'm back to thinking I won't try to watch again till he's gone. Afterward we watched two episodes of The Man in the High Castle, which has turned into a Christmas present! 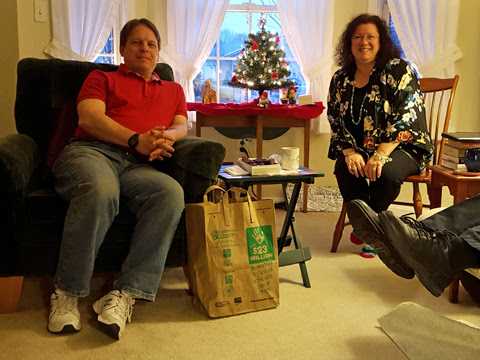 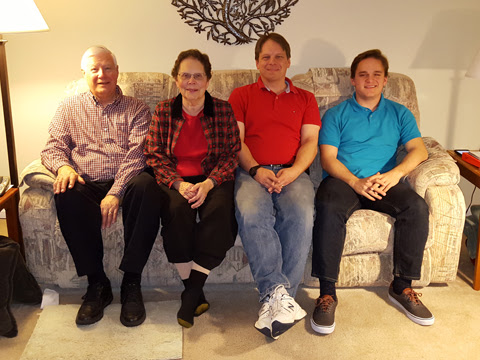 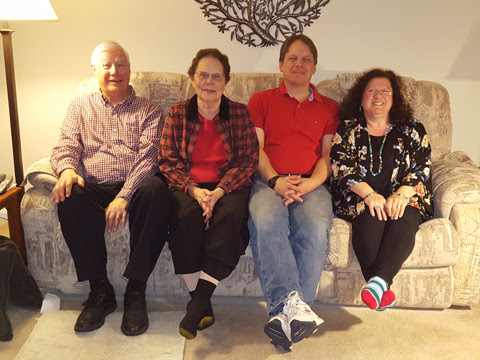 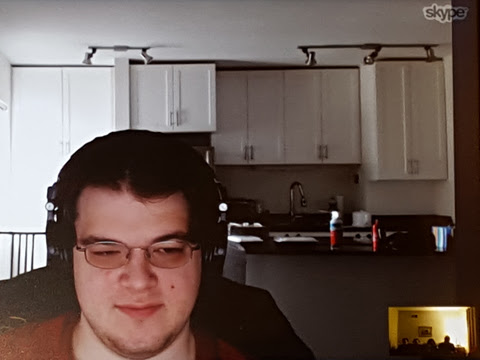 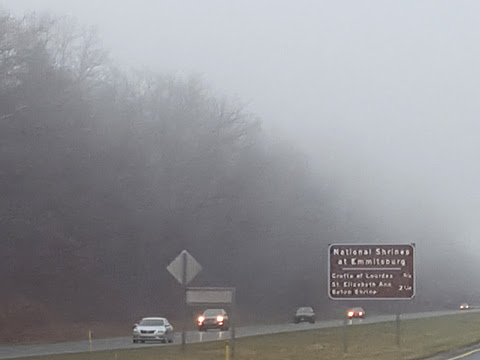 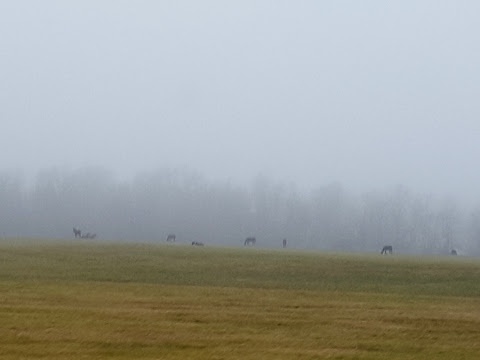 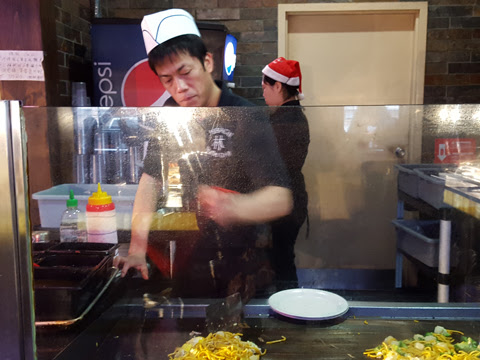 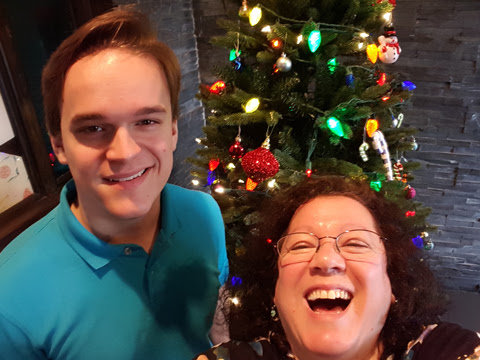