Passing Through
By D. A. Powell

Watching Picnic again for the
umpteenth time. We need
more trains. The tin-roofed stations in
red brick or the grand multi-track
white terminals. Someone left
me by train once, tearily, and
I never should have let his
jive ass back in to collect his things
that were stashed in Patty’s room.
Patty’s room is the closet. He was
a closet case. He was a cliché.
He left by train but the train
was a bus. Mysteries unfold
on trains. Strangers disembark
often enough to disrupt your day.

My chief fear on trains is not
murder nor stumbling into the wrong
berth. There is no wrong berth.
My fear is that I’ll have to ride
backward into memory. I hate memory.
My first train memory is the circus
puffing by on its way to winter
in Florida. Ever after I stood at
the porch and watched the L & N,
hoping for giraffes. There are no
giraffes in most circuses, so I was
obviously a forlorn child. Lonesome
whistle. Did Hank Williams wake
to the crossing guard blinking its red
light across his face at night
through a window he hoped someday
to climb out. Trains are sad as
elephants. Lumbering along. Or
pulling down tents.

Can’t blame Kim Novak for wanting
to run off with William Holden,
especially after seeing him with his
shirt off, dancing under the pink
and green Chinese lanterns,
him moving in—I too would hold on.
Even though I’m sure it’s wrong for Kim.
It’s wrong for him. Where do people
who are wrong for each other meet
but in the movies or on trains.
Best to meet a man who’s moving.
Passing through. Let him ruin
your weekend but not your life.
That’s what weekends are for.

I had a fairly quiet Friday morning writing a review of Voyager's still-a-disappointment "Investigations" and having lunch with Adam and Paul. Then we watched this year's film of Z for Zachariah, which was quite enjoyable -- well-acted and nicely filmed, though there are some huge changes from the book.

We had dinner with my parents -- my mother gave out some Chanukah presents since Adam wasn't home over Chanukah -- then came home, fed cats, and eventually watched The Empire Strikes Back, which is as awesome as ever (I hope it's not a bad idea to have rewatched the original trilogy before TFA)! Catoctin in the fall: 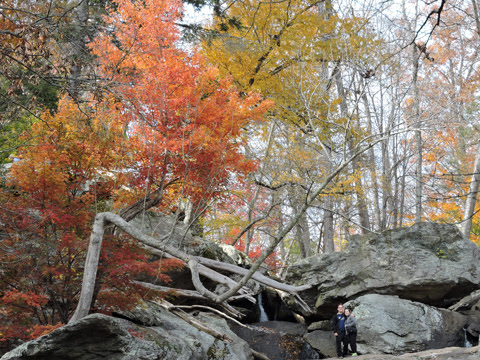 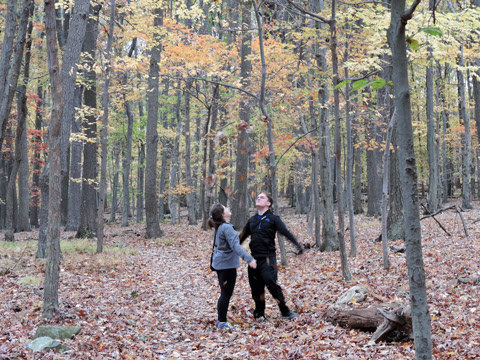 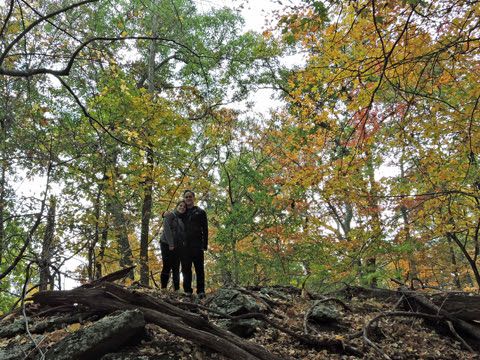 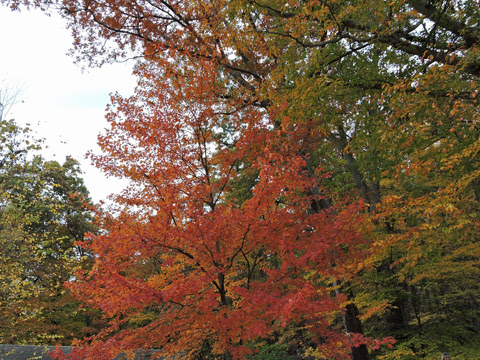 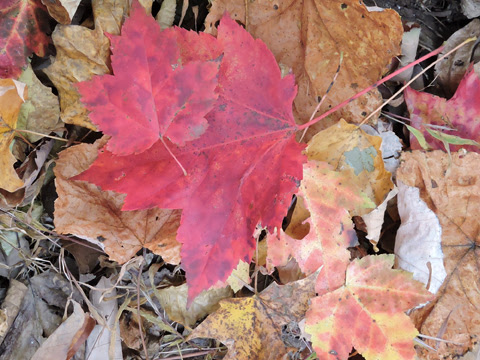 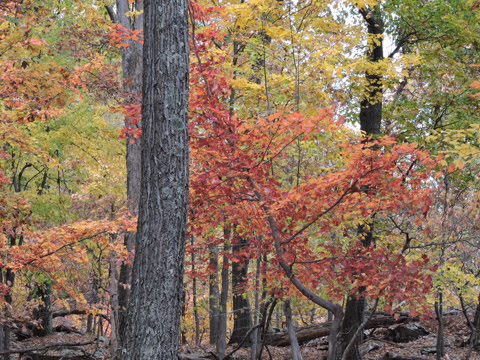 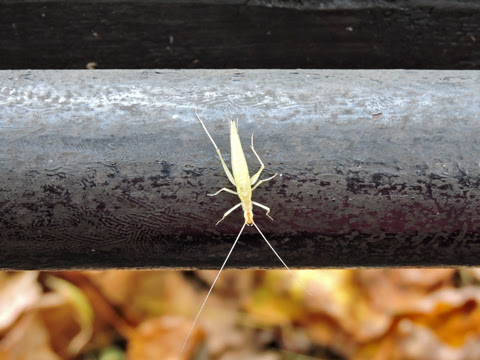 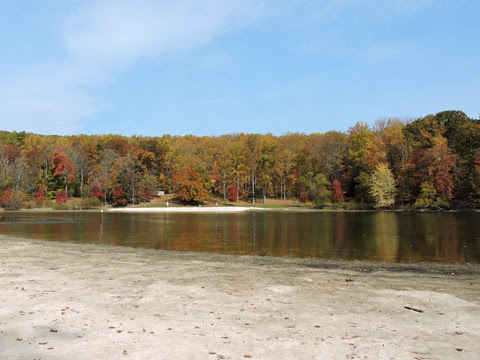