Poem for Tuesday and Star Wars: The Force Awakens

Jesus and the Jedi
By John Edward Smallshaw

One billion Lego stormtroopers,
some raise an army
some
raise the dead.

I know I'm late, but I really wanted to see Star Wars: The Force Awakens for the first time with Cheryl as well as Paul and Adam -- she's the biggest Star Wars fan among my good friends, though I should probably drag Linda to see the new one too, since I dragged her to see the first one back in fifth grade. We ate our leftover Chinese food for lunch and watched Robot Chicken: Star Wars and The Christmas Candle, since obviously Cheryl had to see that for Les Mis reasons, while we waited for Adam to get back from his all night movie marathon -- they watched the Star Wars Christmas special, heh -- and for Christine to come over.

Then we all went to the mall to see SW:TFA in 3D. Without any spoilers (something I miraculously managed to avoid over the past four days except for one plot point I was afraid might happen but didn't -- I wanted to be warned if it did), I loved pretty much everything about it. The returning characters had lovely nostalgic lines, the new characters were cleverly written, the film had a lot more energy and humor than the entire prequel trilogy, there wasn't too much exposition, the women's roles were great. Cheryl now has a crush on Adam Driver, something that will never happen to me -- helllooo, Harrison Ford is in this movie -- so we loved different things about it! 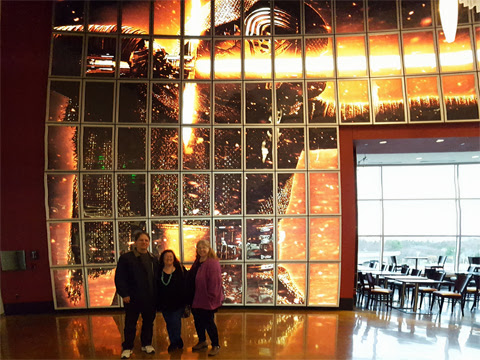 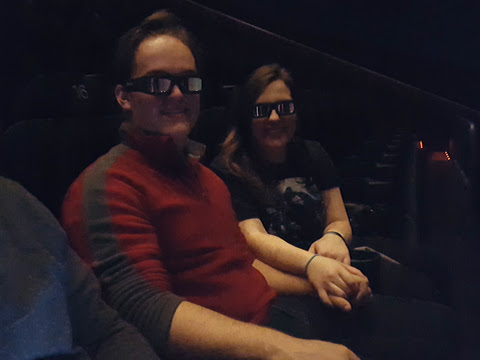 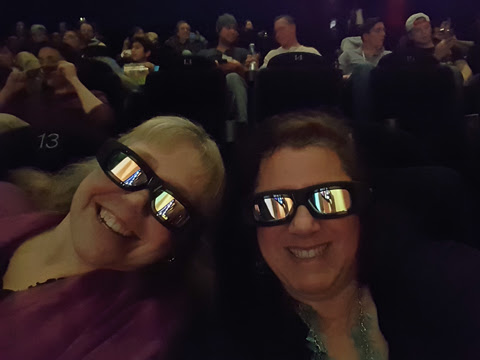 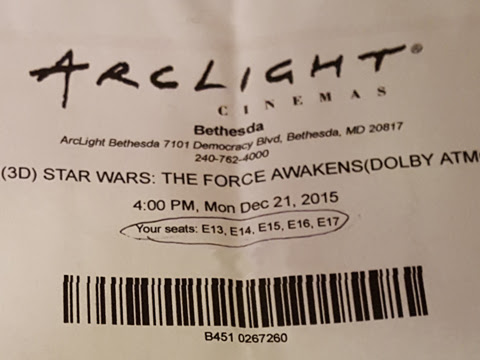 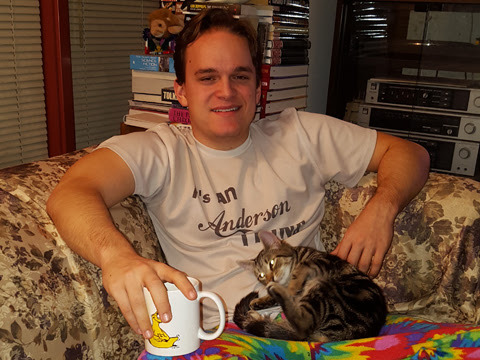 When the movie ended, we went downstairs to Blaze Pizza and tried to keep our voices down discussing the movie so as not to spoil anyone inadvertently, though it was surprisingly empty in that part of the mall for a shopping weekend before Christmas. After Cheryl went home, Christine persuaded Adam that he needed to see Tangled, so Paul had to turn off Monday Night Football and see it for the second time in a month! It was quite enjoyable and we had cats all over us demanding attention after being neglected for so many hours. Then we got Christine to sing "I See Fire" for us -- cats are very interested in guitar strings -- and ate holiday gift candy!