Poem for Thursday and Longwood Trains

Jonah found
a frog in the currants
thirsty, he said, so we flicked water on it
& it sat still    throat pulsing
bright-greener than the stem, feet spread, attached to the stem

Three people one frog thousands of currants
Basho, anyone, why write it down

It is the season of indulgence (hey, since my birthday is this month, I only get one real shot at it each year)...and the high points of my Wednesday, apart from ongoing unseasonably warm weather though not as warm as early in the week, involved various forms of retail therapy. I got my last big birthday present, an Effie Hunger Games Barbie to go with my Katniss Hunger Games Barbie, plus the Chrysalis Tarot deck, which is beautiful, and Cheryl told me Walgreens had $5 fleece leggings so I now have a few pairs of those! Our main shopping venture was for (surprise) more kitty litter and my free birthday ice cream cone from Baskin-Robbins, which had to be redeemed today.

We still know lots of people having a crap week, which puts something of a damper on the season. In other news, I did a bunch of reorganization in and around my desk I watched a very cheesy holiday movie while folding laundry, The Christmas Candle, which stars Hans Matheson and Samantha Barks plus Susan Boyle, which practically makes it a Les Mis tie-in, plus the Seventh Doctor and Horatio Hornblower's mother-in-law, which also makes it an older British TV-fest. Evening TV was Nature with honey badgers and Nashville in concert. If I didn't read you on social media, it's because I've already bumped into SW:TFA spoilers! Here's the outdoor train display at Longwood Gardens: 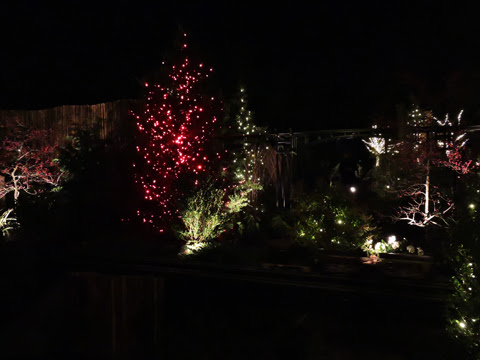 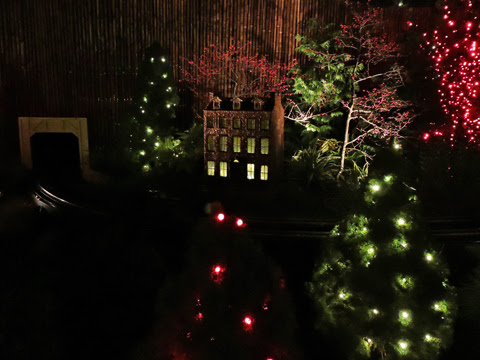 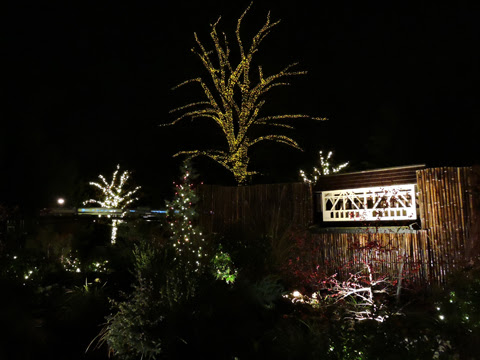 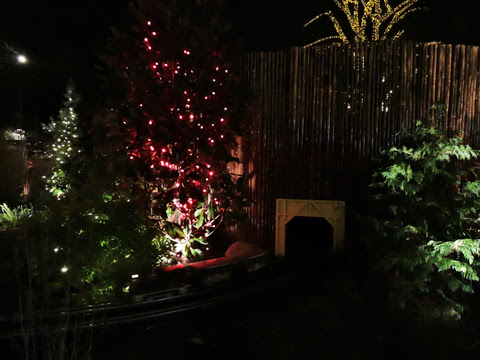 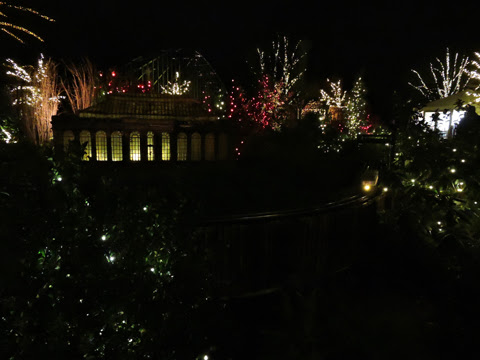 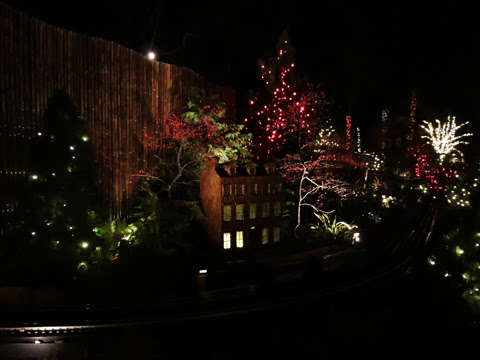 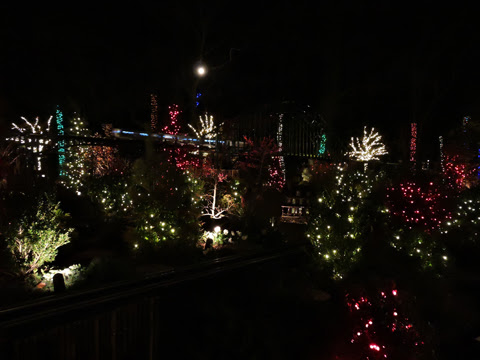