Paul had Monday off for Juneteenth, and since it was a magnificent day, we decided to go to the Shenandoah Valley. We drove through Front Royal to Skyline Drive, where we brought a picnic to eat near one of the visitor centers, and we walked around one of the waterfalls and several of the overlooks though we didn't do any serious hiking. Then we exited the park and drove to White Post, home of Dinosaur Land, which I've been in the mood for since Jurassic World -- there are a few new dinosaurs since we were last there and others that have been repainted, plus the mylodon, the shark, the octopus, and King Kong! 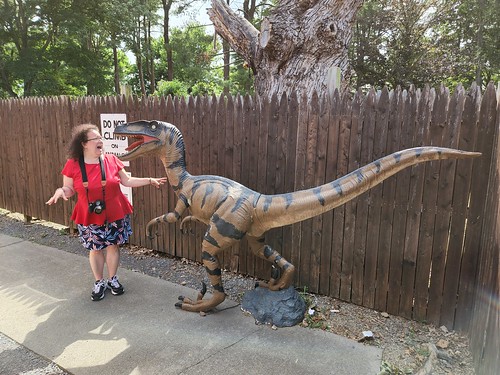 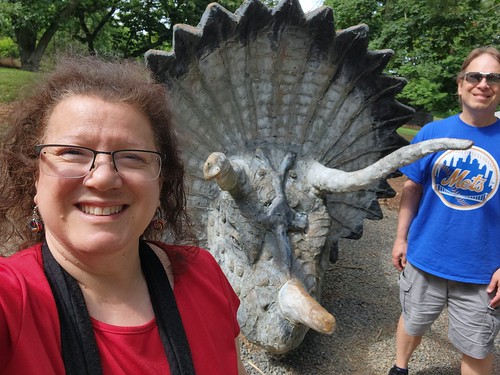 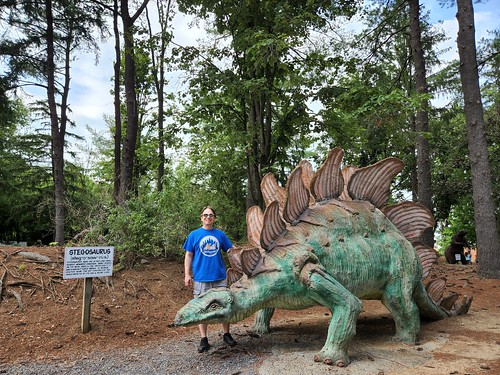 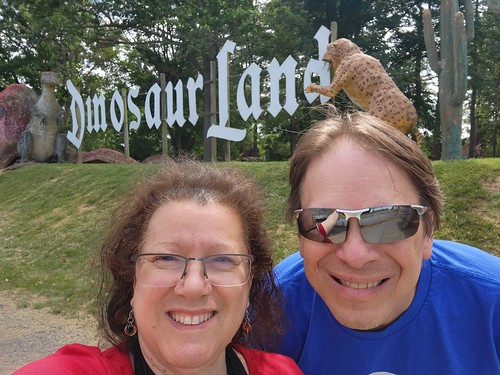 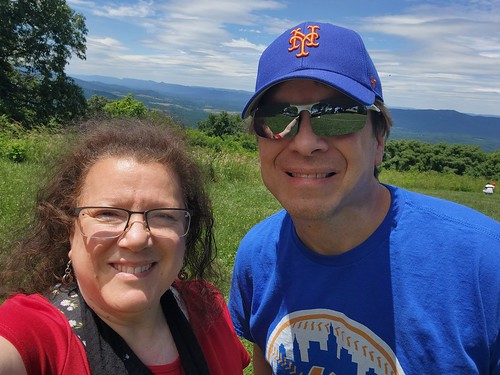 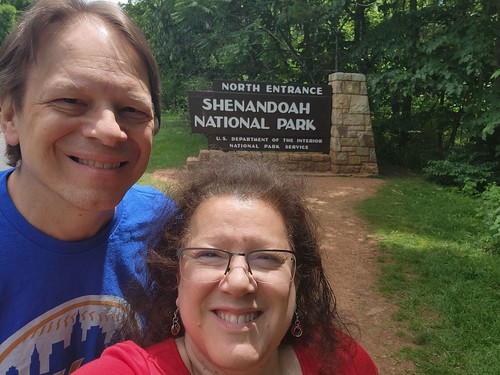 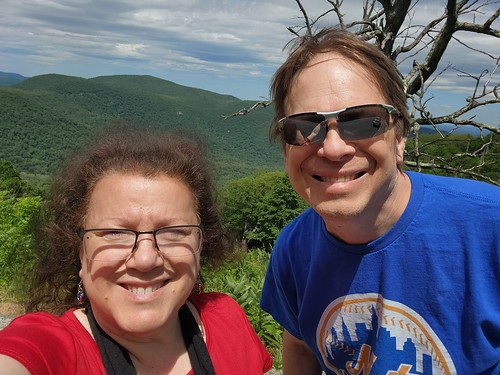 There was a huge backup on I-66 for reasons we never discovered, so instead of taking that home, we took some back roads and state highways (a deer ran right across in front of us at one point). We had leftover Cava with Quorn and hummus for dinner, then we watched the rest of the second season of The Bureau of Magical Things, which ended on a note that made me think it might be the end of the series, though they left Kyra's family history unresolved and there are a lot of directions in which they could take the world-building. It's very teen-focused, but I like that women make most of the important decisions!