Poem for Wednesday and Hillwood Porcelain

If porcelain, then only the kind
By Stanisław Barańczak
Translated by Frank Kujawinski

If porcelain, then only the kind
you won’t miss under the shoe of a mover or the tread of a tank;
if a chair, then not too comfortable, lest
there be regret in getting up and leaving;
if clothing, then just so much as can fit in a suitcase,
if books, then those which can be carried in the memory,
if plans, then those which can be overlooked
when the time comes for the next move
to another street, continent, historical period
or world:

Our car's axle was fixed by Tuesday in the early afternoon, so we did a bunch of work in the morning, had yogurt and peanut butter sandwiches for lunch, and went to pick it up. Then Paul went off to a dentist appointment and I stopped at the mall to look for a couple of things that I mostly failed at finding. By the time we both got home, we had leftovers for dinner.

Then I watched the second part of Star Trek: Voyager's "The Year of Hell" with my group, followed by the first two episodes of the fourth season (belatedly) of The Marvelous Mrs. Maisel, which my parents didn't like so we put it off but we enjoyed it about as much as the last season. Some of the spectacular porcelain on display at Hillwood's The Luxury of Clay exhibit: 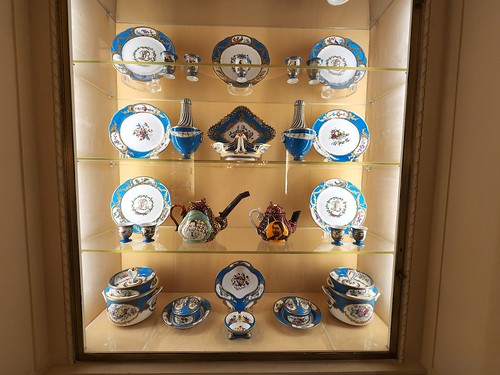 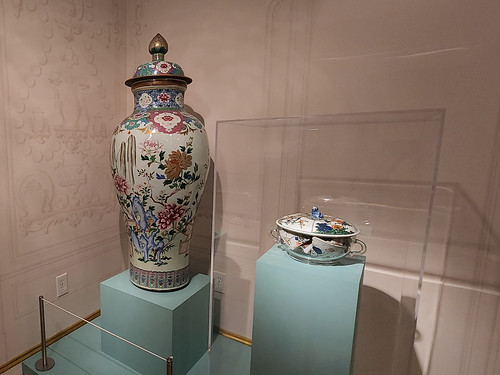 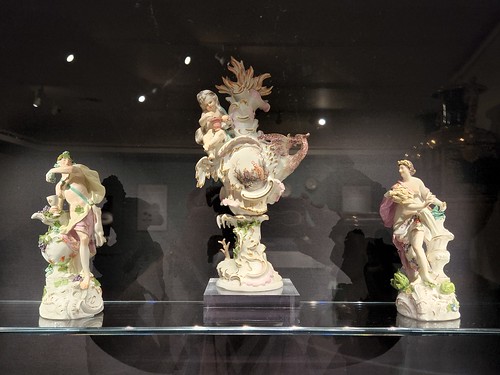 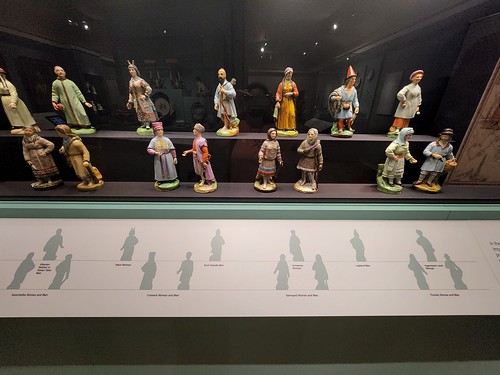 Imperial Porcelain depictions of some of the ethnic people of Russia 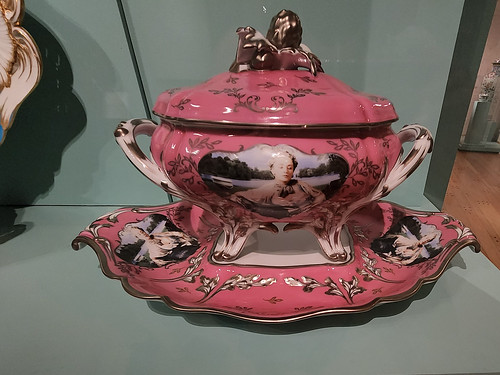 A contemporary Sevres-style tureen and platter designed by Cindy Sherman for Arte Magnus, manufactured by Limoges, featuring the artist as Madame de Pompadour 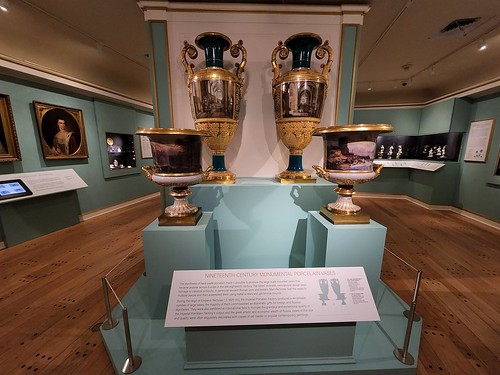 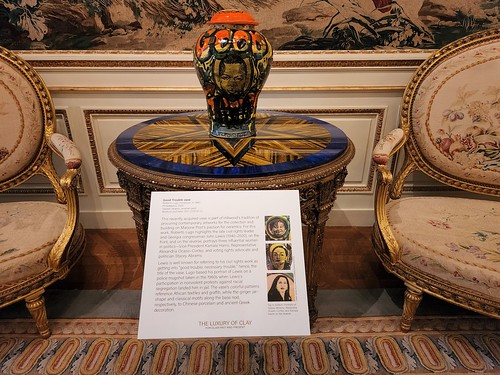 Another Roberto Lugo teapot in the mansion, this one featuring John Lewis, Kamala Harris, Stacey Abrams, and Alexandria Ocasio-Cortez
Posted by littlereview at 12:54 AM