Poem for Wednesday and Dinosaur Land

The Age of Dinosaurs
By James Scruton

There are, of course, theories
about the wide-eyed, drop-jawed
fascination children have for them,
about how, before he's learned
his own phone number or address,
a five-year-old can carry
like a few small stones
the Latin tonnage of those names,
the prefixes and preferences
for leaf or meat.

My son recites the syllables
I stumble over now,
sets up figures as I did
years ago in his prehistory.
Here is the green ski slope
of a brontosaur's back,
there a triceratops in full
gladiator gear. From the arm
of a chair a pterodactyl
surveys the dark primeval carpet.

Each has disappeared from time
to time, excavated finally
from beneath a cabinet
or the sofa cushions, only
to be buried again among its kind
in the deep toy chest,
the closed lid snug as earth.
The next time they're brought out
to roam the living room
another bone's been found

somewhere, a tooth or fragment
of an eggshell dusted off,
brushing away some long-held notion
about their life-span
or intelligence, warm blood
or cold. On the floor
they face off as if debating
the latest find, what part
of which one of them
has been discovered this time.

Or else they stand abreast
in one long row, side
by scaly side, waiting to fall
like dominoes, my son's
tossed tennis ball a neon yellow
asteroid, his shadow a dark cloud
when he stands, his fervor for them
cooling so slowly he can't feel it—
the speed of glaciers, maybe,
how one age slides into the next.

Tuesday felt like a Monday, since I had to do all the laundry and chores I put off to go play, but that was fine because I am still happy I got to see mountains and dinosaurs. It was nice in the morning, then got very warm in the afternoon, though there was a breeze in the woods when we walked before dinner (I got Paul a ceramic waffle maker for Father's Day because he wanted one, so we had waffles and eggs for dinner, always perfect).

My Voyager group watched the first part of "The Year of Hell" -- an episode I didn't love when it was new, but it has grown on me -- then Paul and I watched Jon Stewart get the 2022 Mark Twain Prize at the Kennedy Center on PBS, partly so I could see the other comedians and Bruce Springsteen (I know Stewart and some of his friends are problematic these days but they reinvented late night). Brace yourselves for some more dino photos: 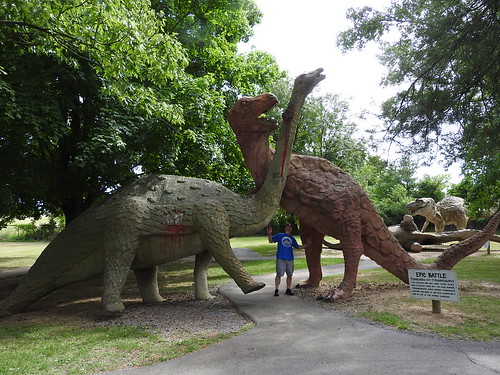 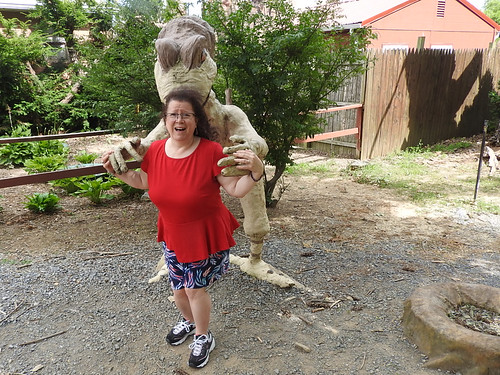 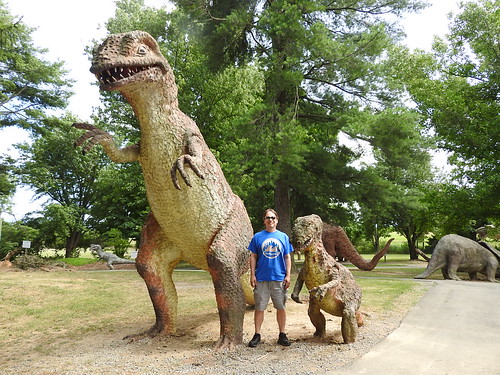 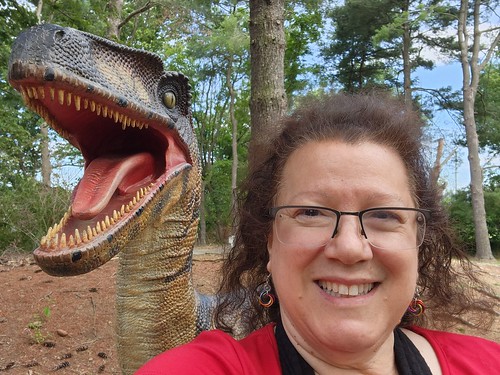 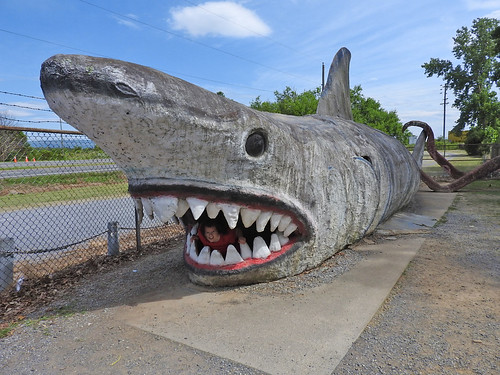 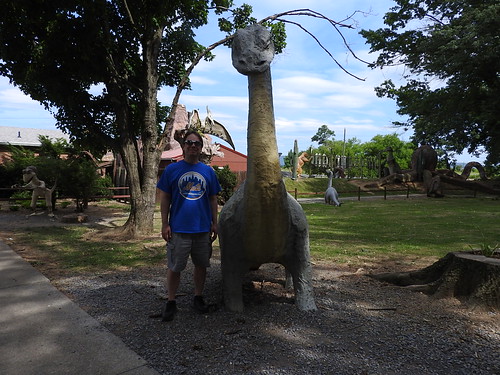 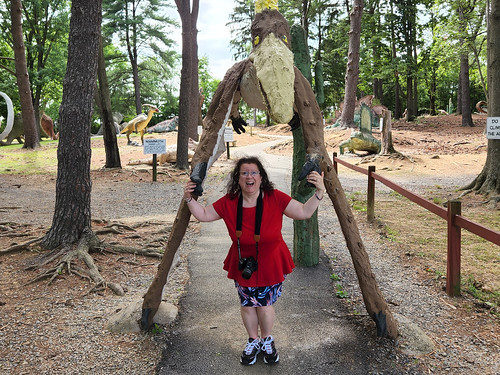